This is a brief commentary by the Yogi on his childhood, immersed in the Javanese spiritual tradition with its Wayang Kulit (shadow puppet) plays, through his education abroad and consequent turn towards materialistic thinking during the Dutch occupation in Indonesia, his disillusionment with the Japanese invasion of WWII, and later, his full spiritual awakening.

“From childhood off till nowadays my life shows a pendulous motion. From the extreme Eastern (mystical) it turned to the extremest Western (materialistic) attitude. Disappointment and disillusion have driven me back to the East. I left the East for the West from my 7 years off, during my school-years. “Dur Weg zurück” occurred in the middle of the Japanese occupation. The details are as follows:

Language and psychology are inseparably linked together. By the oral exercises in my mother language (Javanese), my mind was filled with Eastern mythology. I was startlingly struck both by the cleverness of the dalang (the single executor of the Indonesian shadow-play) and the contents of the mythologies which were related during the whole night. The heroic attitude and the miraculous deeds of the Pandavas (five brothers in Hindu lore) who were supported by Vishnu and Ismaya impressed my psyche deeply: Semar Kuning (The Vengance of Ismaya) always kept my fantasy in its grip. The concise story is as follows:  READ ON 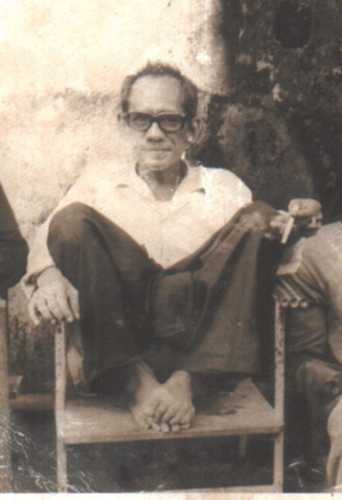 Life and the scale of Observation

There are three human scales of observation corresponding to the three categories of consciousness.

This article offers some esoteric information on the positive and negative manifestations of energies. These matters cannot actually be talked about so the reader is asked to seek the meaning beyond the words, until he experiences it personally.

This is some philosophy on religion from the Yogi, who dedicated great energy to addressing the global problems and solutions of world religion, and the contrast between eastern and western intellectual and spiritual orientation.

This is a treatise on the degenerated state of man as prophesized by the respected Javanese author/mystic, Ronggovarsito ( 1800s), and mankind’s waiting for the coming of the avatar or messiah of The Future.